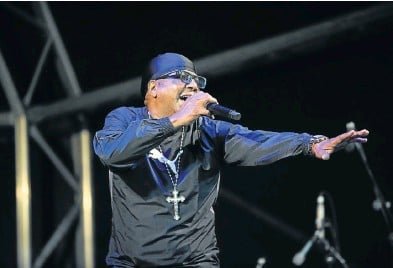 Hip-hop will forever be the foundation of several sub-genres that transform into dominant genres on their own good time. The late Senyaka Kekana of South Africa is one of the continent’s greatest testimonies. Considered to be the first prominent rapper of South Africa, and one of Africa’s earliest hip-hop acts, Senyaka’s multi-talented identity ultimately molded the South African entertainment terrain.

In 1986, Senyaka released his debut album titled Fuquza which was a fusion of rap, pop and house music, all inspired by the western region of the world.

Kekana was popularly known by the name “Senyaka”, meaning “blob of jelly”, which was unofficially bestowed on him by his aunt, who was both impressed and amused by his chubby appearance when he was born in Evaton on April 13 1956.

His debut single, “Jabulani MC” also titled “African Rap” was a solid lyrical track that reintroduced the element to South Africans and cemented Senyaka’s role as the country’s first rapper. His debut album, due to its grand fusion of rap, pop, and house, immediately laid the foundation for the Kwaito music genre where he is also recognized as the “Godfather of Kwaito.”

When rap was an international genre he brought it into South African living rooms with his hit Saturday-Sunday that made him very famous and went ahead to release another hip-hop album featuring the enormously popular hit single Go Away. This led to a career in music and film

His quirky, controversial and humorous lyrics were a mirror of the man himself. He was always laughing, joking and in high spirits. But he was never one to shy away from a fight. He was notorious for having a full-on and very public feud with the late Brenda Fassie, who he accused of hating amagents, young men involved in crime. No shrinking violet herself, the great singer riposted in no uncertain terms with her hit Ama-Gents.

Kekana also took on Sony in an article in City Press in 2004, accusing the company of exploiting him and refusing to allow him to get out of a contract with it.Kekana first appeared on television in the Ashifashabba comedy show anchored by YFM DJ Shonisani “Shabba” Muleya on SABC 2.He also starred as Moruti wa Tsotsi, a scurrilous pastor, in the feature film Moruti wa Tsotsi and its spin-off TV series Confessions to Moruti wa Tsots

BACK IN THE GAME: Diamond Oscar Returns With 'Gloriah' Featuring Jose Chameleon