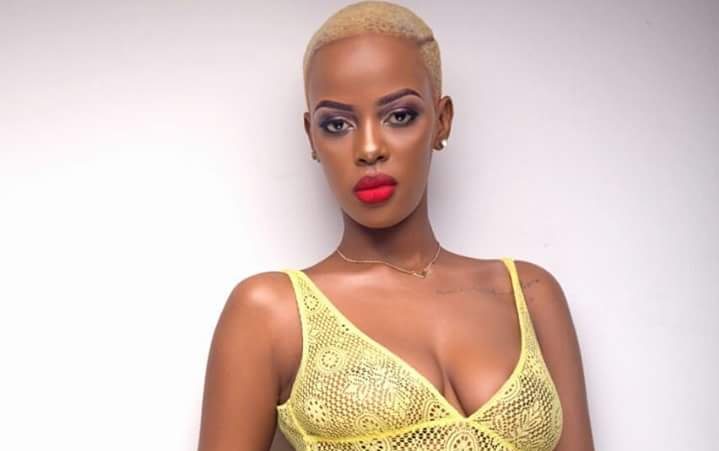 Singer Rose Kankunda aka Nina Roz breaks Social Media media with a level message to the critics intending to take drag them to the silent mode.

On Friday this week, the couple secretly held an official introduction ceremony at Nina Roz’s parents home, only to be betrayed by some of the guests who leaked the events photos online.

Since then, several social media users have had a lot to say about this new couple being that a few months ago, Andre was in a ‘serious’ relationship with singer Angella Katatumba and ended when Angella inquired to go for HIV test with him.

Recently Katatumba warned Nina about Andre and advised her to take him for an HIV/AIDS test, however, madly in Love, Nina doesn’t care about what anyone says about them.

Previously, Nina Roz is reported to have dated Beenie Gunter and other reports revealed that they were no longer together, after some time.

And now that a lot is being said about her entanglement with Andre, Nina has come out to defend their relationship, noting that no one is perfect and she also chose to be imperfect with Andre.

“If no body is perfect, then all that I want is to be imperfect with you. Daddy Andre…your love!” she said through her social media page on Saturday.