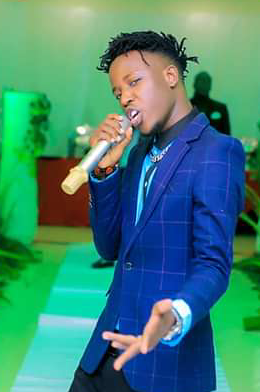 Singer Victor Ruz has opened up own recording studio following the success he has had from his numerous hit songs.

Talking to us a few hours ago, the singer revealed that he had earned some money from the shows he had performed in secondary School and decided to put up something to benefit him in future.

“Yess, it’s our studio. We just opened it up and it will soon start working. Probably in this COVID19 time when people are relaxing and after the pandemic. I saved this money from the performances I made in secondary schools. I saved enough of it and got an idea of starting up my own studio. This may help me later…,”he said.

His studious called Retro Records and is found in Nyanama a few meters from the main road, which is near Freedom city, next to Senga Bamweyana’s herbal clinic.