Spotify Reveals Most Streamed African Artists, Here They Are 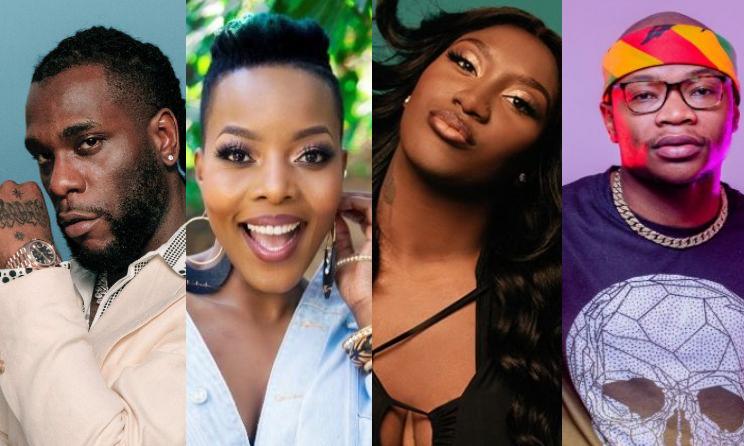 Global audio streaming service Spotify has revealed the most streamed African artists and songs globally ahead of Africa Day on 25 May. The list is based on streaming figures from March to May 2021.

Burna Boy emerged as the most streamed African musician globally, followed by Aya Nakamura and Seether, respectively. The most listened to song around the world by an African artist is ‘Copines’ by Aya Nakamura. Collaborative hit ‘Loved By You’ by Justin Bieber featuring Burna Boy and ‘Jerusalema’ by Master KG featuring Nomcebo Zikode claimed the No 2 and 3 spots, respectively.

The most streamed musicians outside of South African were Seether, Master KG and Die Antwoord, in that order. The most listened to songs by local artists were ‘Jerusalema’ followed by Seether’s hits ‘Fake It’, ‘Broken’ and ‘Remedy’.

Additionally, Spotify will this week feature Africa’s biggest artists across the region on its Global X(link is external) playlist. The playlist is a key part of Spotify’s Global Cultures Initiative, which promotes culturally diverse music from around the world. Artists featured on the playlist are Davido (Nigeria), Sarkodie (Ghana), Lady Du (South Africa), Sauti Sol (Kenya), Mohamed Ramadan (Egypt) and Diamond Platinumz (Tanzania), among many others.

“Spotify has always celebrated Africa’s abundance of talent and diversity,” Spotify head of music for sub-Saharan Africa Phiona Okumu said. “Now with Spotify’s presence across Africa, we will continue to use the power of the platform to amplify African creators to a global audience.”