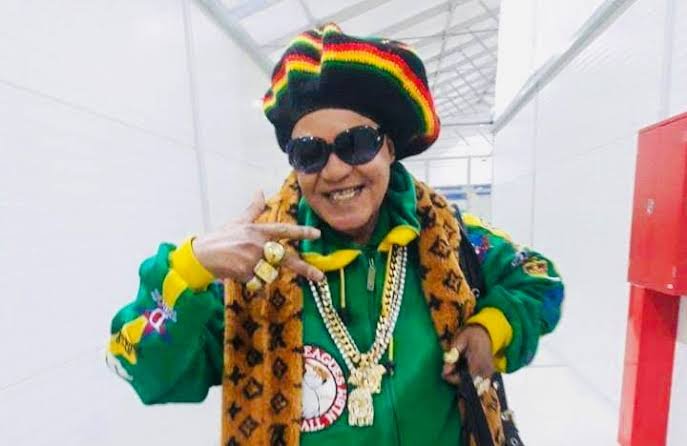 A renowned Congolese singer and songwriter Lulendo Matumona also known as General Defao died in a hospital in Cameroon yesterday.

Defao, aged 62, passed away at the Laquintinie Hospital in Douala, Cameroon, where he was admitted. The Sala Noki singer will be remembered for his melodious voice and smooth dance moves that lit up audiences.

Born in Kinshasa on December 31, 1958, General Defao started singing in 1978 as part of Orchestre Suka Movema.

He also had brief stints with Fogo Stars and Somo West before joining Grand Zaiko Wawa and later becoming an integral part of Choc Stars.

It was during this period that Defao perfected his singing and songwriting skills, working with household names at the time like Ben Nyamabo and Bozi Boziana.

Defao, in his quest to carve a role for himself, quit Choc Stars towards the end of 1990 and formed Big Stars with Djo Poster.

However, things did not go according to plan and he was forced to look for new musicians after Djo left.

During the mid-90s, Defao was already threatening to dislodge renowned names like Koffi Olomide and Bozi Boziana from their post but he did not enjoy the same popularity abroad.

He went on to release a number of albums in 1999 but inconsistency and problems with the powers that be in his home country worked to his disadvantage.

Defao sought to kick start his career in Kenya in the new millennium but financial troubles and lack of proper management often threatened to derail him.

His problems were compounded when he found himself on the wrong side of the Kenyan law in 2001 and was jailed at Nairobi’s Industrial Area prison before being bailed out by a friend.

Despite the troubles that he faced in the past few years, Defao is still lauded as one of the finest Congolese musicians of his generation.

The course of the Musician’s death was not publicly published by the hospital administration where he was being treated in Duala.

Musicians Ferre Gola and Fally Ipupa were among the first ones to convey their condolences, describing his demise as a loss for Africa.

May his soul rest in peace .

OVER THERE! Loukman Ali's "The Girl In The Yellow Jumper" Is On Netflix