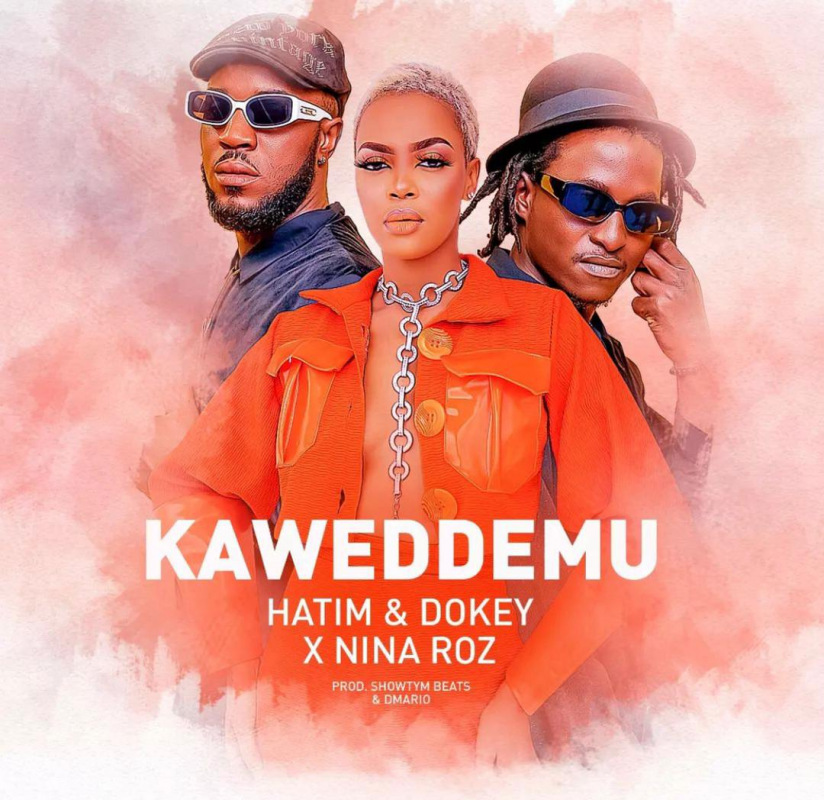 Appreciated for their unique musical approach, in ‘Kaweddemu’ which is a love song where partners promise to support and stick by each other’s side until the end of the time, Hatim and Dokey give a pleasant vibe as usual. On the other hand, Nina Roz who is ranked amongst the best female acts in the space, demonstrates her distinct and stunning vocal ranges.

With it’s afro fusion sound produced by D’mario Legend, the song is interesting and short – over the course of two minutes and 27 seconds record, the beat and the vocals essentially take turns at being the listeners focal point.

The romantic lyrics, was penned down by Hatim and Dokey. This duo consists of renowned gifted songwriters Hakim and Dokta Brain who have been in the music industry for quite some time.

WHO ARE HATIM & DOKEY

Hatim and Dokey (also called The Happy African Boys) started their music career as a duo in 2020 while signed under Subwami Empire.

Hatim and Dokey (also called The Happy African Boys) started their music career as a duo in 2020 while signed under Subwami Empire.

So far, they have released several songs that include; ‘After Quarantine’ and an EP dubbed ‘Mic Business’ featuring band singer Mary Bata and luga flow rapper Mun G.

In December 2020, Hakim & Dokey parted ways with the label due to the financial constraints caused by the lockdown and later formed their label.

“The label is Happy African Boys founded by ourselves after parting with our former record label that lost its capability to manage the artistes due to constant COVID-19 waves that led to the lockdown of their source of income,” Hatim and Dokey revealed.