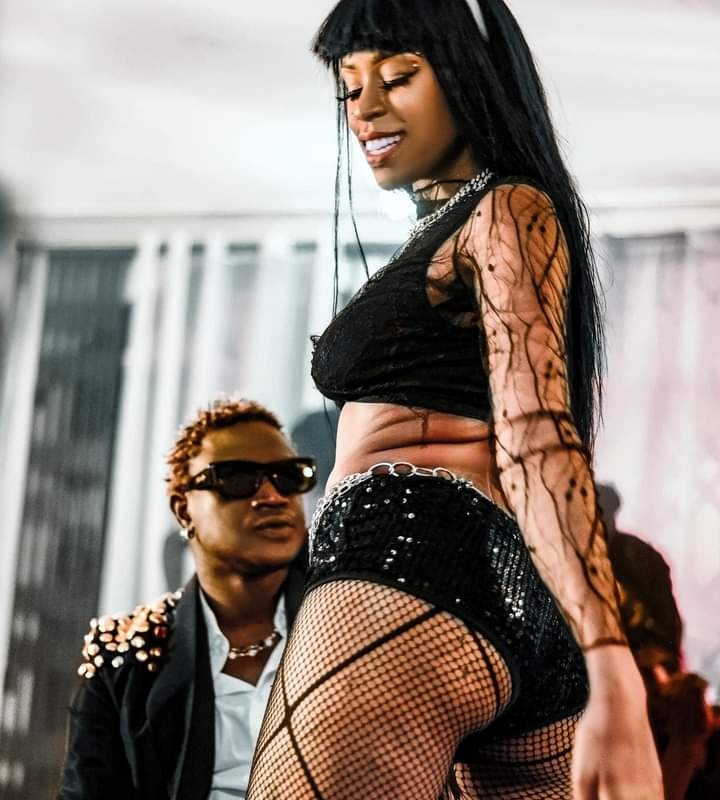 ‘Centre’ is full of explicit scenes and lyrics that don’t appeal to all age groups. This, however, doesn’t take away the fact that it is a good song with catchy beats that you can groove to.

The audio was produced by Kaysam Kumapeesa under Switch Records. The video was shot and directed by JahLive Films.

The video is shot in a Casino setting with money and beautiful girls flooding the scenes. The choreography rhymes perfectly with the dancehall beats making the visuals interesting to watch.

‘Centre’ came as a surprise to music lovers as it is the very first known collaboration that Kapa Cat has released. Even more exciting, the sultry singer has revealed that it is the first project off her yet to be released studio album titled ‘Anthems’.

Kapa Cat started her professional music career in November 2018 and is signed to Top Artist Factory (TAF Music). She is known for songs like Sikyo, Nonsense, Understand, Bad News and Binzita among others.

On his part, Gravity Omutujju has ‘Tusimbudde’ which is arguable the top song in the country so far this year.