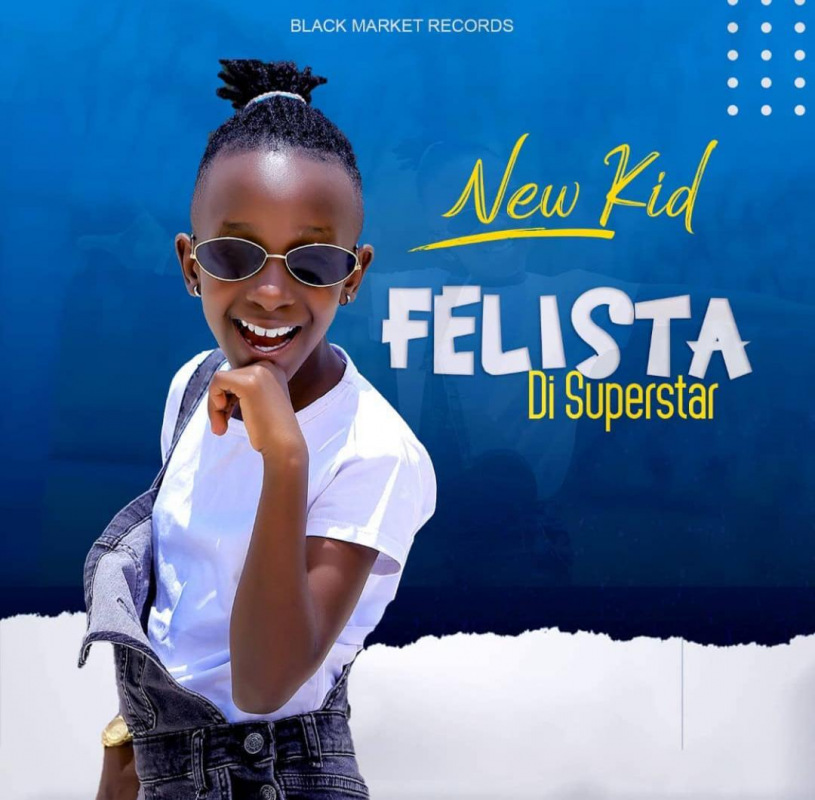 ‘New Kid’ which is her debut EP, has a compilation of rap 5 tracks, Birthday Anthem, Jambo (Hello), Save The World, You Know Me, Nawambye and I Can’t Breathe.

The intro track birthday anthem has a unique hoppy sound where she exhibited her simple relaxed style of rap as she sends birthday greetings to her fellow kids. The track makes you want to listen to the next track on the Ep.

Felista has carved a niche for herself in the growing Ugandan r ap fraternity and her name has become a reoccurring trend in the elite group of rap experts pushing the culture beyond borders. She developed a love for music at the age of 4 but got her breakthrough came in 2018 when her freestyle videos went viral across the country.

In 2019, she met renowned Ugandan musician Geosteady in studio and did a freestyle video which took the country by storm. This was the turning point for her music career.

Later that year, she released her first song dubbed ‘Nawambye’ produced by Ian Pro and later ‘You Know Me’ produced by Artin Pro.

Shakira Shakiraa Teams Up With Daddy Andre On 'Celeb'