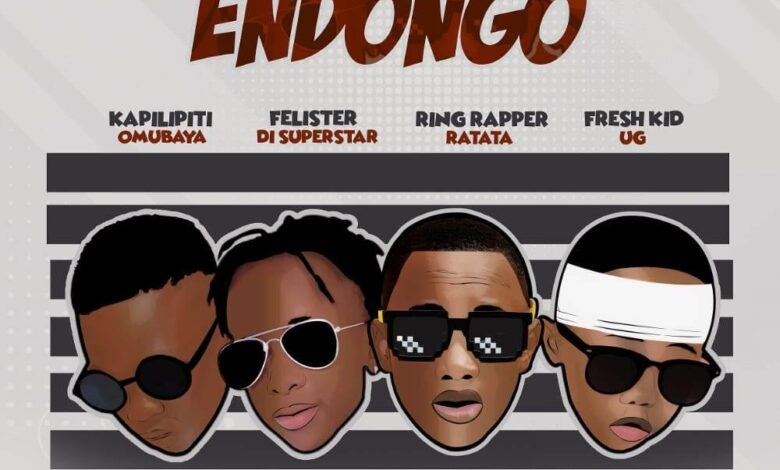 Youngest rap generation is here once again and it is nothing apart from the all star song done by young rappers in Uganda. These are Fresh Kid, Felister De Superstar, Kapilipiti Omubaya and Ring Rapper Ratata that have appeared in Endongo song.

Endongo is a story that these young rappers are selling to the government of Uganda and the president directly. In this song, they cry out that music and shows should be released and they start to work again. In this short outcry, Felister says that the president should know that they no longer perform and they have ben chased from houses by the landlords.

On the same note, Fresh Kid reminds the president that they know the Corona virus is here and it is killing people, but their should be ways these artistes are thought about. In his frustration, he says, it ius the stage that gave him the name he has and the spotlight has given him money, but now, he is broke

Whereas, Kapilipiti and Ring Rapper have dropped their frustrations too, saying that they are the parents to themselves, they make ends meet through music performances. They ate all the money and now in debts. This song has moved out the young musicians’ cry and it is a painful story they have told.

Endongo was produced by Big Daviee of Swap Records, you should remember that most of these young rappers are the ones that cater for themselves. These include Fresh kid, Felister and the orphaned Kapilipiti. Endongo finds songs like Mzee Tute Tukole of OS Ssuna and All-Stars which demands the same issue, the release of music shows.

Listen to it here.