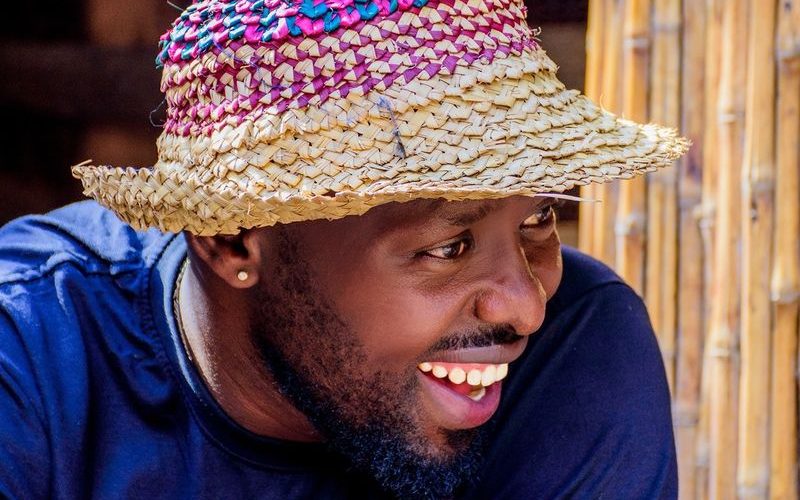 The latest developments coming in indicate that the ‘Tweyagale’ singer was awarded as the BEST INTERNATIONAL MALE ARTIST (AFRICA) in the just concluded Hollywood African Prestigious Awards.

The Award show that is organized in collaboration with “The I Dream 4 All Foundation” seeks to promote creativity, showcase unique talents with rich African heritage, and honor outstanding achievements by celebrities, community leaders, and dignitaries.

The award show this year sought to honor outstanding achievements in Music, Film, and social media, that is; American and African community leaders, international political figures, dignitaries, celebrities and stars who are pioneers in motion pictures, arts, music, and comedy.

Speaking at the event, Tina Weisinger (Founder and CEO/ Executive Producer of the HAPAwards), said that “as part of our mission, The HAPAwards is committed to giving back to communities in Africa and the United States as well as other countries where help is needed to enhance lives. We are committed to using funds received by sponsors and donors to continue the mission of giving for many years to come. Through the creation of The I Dream 4 All Foundation (501c3), the Hollywood and African Prestigious Awards visited Africa in early March of this year where they did charity work in Nigeria and Ethiopia. The team donated clothes, food, school supplies, and toiletries to the less privileged while transforming the lives of many.

Portions of this year’s proceeds from our show will benefit the “Ile-Ife community” in West Africa and “A Hat Is Not Enough/The Streets Are Not the Way” Youth Educational Project in the United States.

During his virtual acceptance post Kenzo expressed his gratitude for the love and support saying:

Guests were treated to a performance by Andile Mpisane (who had been nominated in the best new independent African artists and best new male independent African music video categories though did not walk away with any) which featured an exclusive track due to be released at the end of October.

The Hollywood and African Prestigious Awards was founded in 2017 to bridge the cultural gap between Africa and the global community.

This Hollywood And African Prestigious Awards (HAP Award) joins Eddy Kenzo’s enormous accolades and milestones in the music business; including the BET Award of 2015.

From us all, Congratulations Eddy