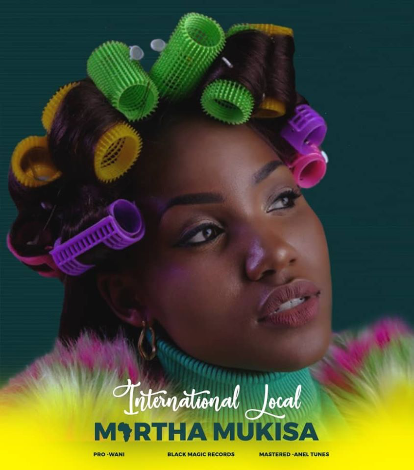 Late May , Black magic records, a label that brought us John Blaq , unveiled to us another promising / talented songstress Martha Mukisa who announced herself to the mainstream world last year with her afro pop track titled Sebo that earned good reception among music lovers . And few days ago , she dropped her first project under the new label , titled #InternationalLocal – A beautifully crafted love story musical piece .

On this track of the promising banger produced by Producer WANI, Martha who displayed good tone with a charismatic voice, tells her story of unconditionally loving that man, she further described how handsome he’s as he ranked him the most lovely man both on international and local level , INTERNATIONAL LOVE !
Based on this piece , I can without hesitation conclude that Martha is here to bring back real music that sweetly sinks deep into the human emotions, Her voice is Exceptional and authentic .
This piece was well mixed and mastered by Africa’s greatest sound engineer Anel Tunes

SOUND CLOUD, The only affordable streaming service every artiste should be on.