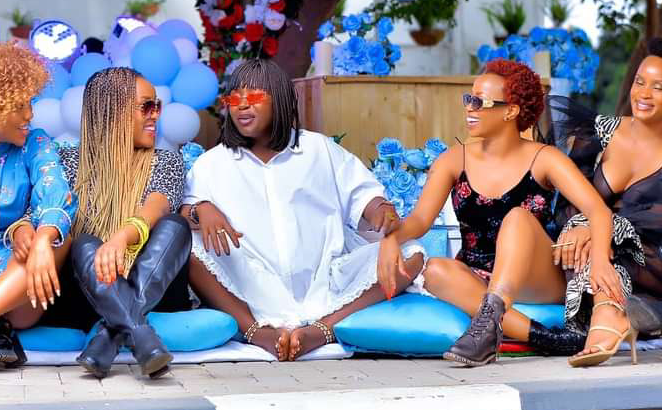 Famous comedian Ann Kansiime has revealed her unborn baby’s gender on her baby shower that was organized as a surprise by her friends.

Confirming on how she and boyfriend skylanta were expecting a baby, she told the attendees that the child was a boy.

“And there is no time to spare as we make way for the little ninja to arrive. Our coll Antiz are already inline to receive HIM”,she said. It was not until she realized that she had mentioned “him” to describe the baby, that she knew she had told them that it is a baby boy.

The baby shower was organized by her friends like Sheebah Kalungi, Jalua Vivienne Mbuga, Malaika Sauba, Linda Butare, Selassie and many others.

Zari swings back to Diamond Platinumz

HE DID IT! Roden Y Buys New Ride For Wife, Jazirah