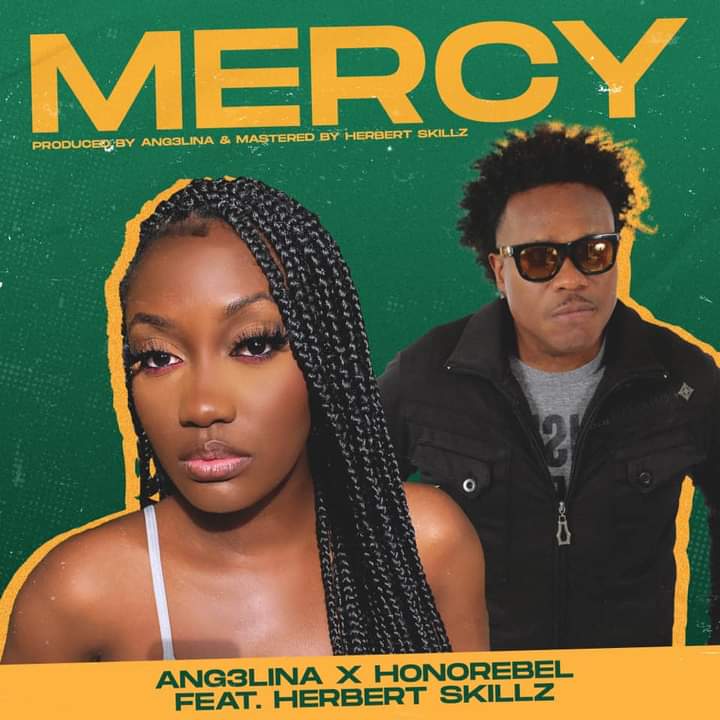 In an industry like Uganda where competition is tense and no one seems to give up, it’s in most cases hard for a diaspora acts to make a statement in the same space but this appears as nothing to gifted UK based female star Ang3lina who has been on a roll – raking up the numbers with her constant release of songs and generating all the attention and talk at home.

That girl from Uganda like how she calls herself is slowing down not as she’s going on to serve us with good music that plays against what her counterparts produce at home.

Again, the well blessed with a unique style to turn music enthusiasts on, Ang3lina, is out with another danceable effort tagged “Mercy” which features Jamaica’s international dancehall lead Honorebel and multi-talented Ugandan sound engineer and arguably the most creative audio producer Herbert Skillz.

‘Mercy’ is a feel-good mid-tempo dancehall infused with undertone samplings from the 1996s hit song “Shy girl” by Diana King. On what seems to be a love song, Ang3lina unlocked with a beautiful verse as she croons out to her lover to come to her city, make him experience the life of the party, and feel the vibes.

She displayed her versatility in how she can switch between different genres of music and portrayed the great aspects of an African brand. Honorebel approached with that husky vocals gel effortlessly with the very fantastic Herbert Skillz beats, as he pops in some alluring lyrics and ad-libs which help give ‘mercy’ its magic.

A song which has enough enthusiasm to be a guaranteed party booster and to surely latch onto the airwaves, is out on all streaming platforms to listen in.