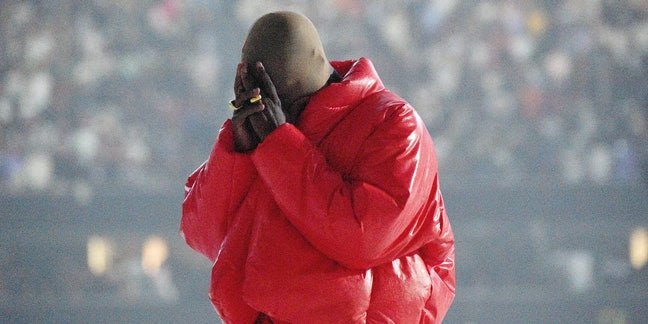 The much-anticipated Donda hit streaming services at about 8 a.m. on Aug. 29, nearly two years after the drop of ’Ye’s last effort, Jesus Is King. Kanye began teasing his 10th solo album shortly after that release, claiming its follow-up would serve as the gospel record’s sequel. Since then, the studio full-length underwent a number of delays and a handful of title changes, going from Jesus Is King II to God’s Country to Donda: With Child to, finally, Donda.

According to complex.com, the album’s title paid homage to Kanye’s mother, Donda West, who died at age 58 in 2007. Donda is also the name of Kanye’s creative content company he launched in 2012.

Word of Donda’s official release was reignited back in July, after West hosted a listening party in Las Vegas. Although it seemed like an album drop was quickly approaching, fans didn’t get an actual release date until Game 6 of the NBA Finals. During the broadcast, Beats by Dre unveiled an ad featuring American sprinter Sha’Carri Richardson as well as a snippet of Yeezy’s never-before-heard cut “No Child Left Behind.”

He went on to host another listening party on July 22 at Atlanta’s Mercedes-Benz Stadium. It was reported that Donda would drop immediately after the event; however, Kanye scrapped the release date so he could rework the album while residing inside the stadium. He presented another listening event at Mercedes-Benz Stadium on Aug. 5—the same night Beats by Dre debuted a second commercial starring Richardson. The ad was soundtracked by Kanye’s song “Glory”, featuring Dr. Dre.

But Kanye wasn’t done. Hours before Donda hit streaming services, he hosted another public listening event at Solider Stadium in his hometown of Chicago. Ye’s manager, Abou “Bu” Thiam, went on to reassure fans that the long-awaited project would drop after the Aug. 26 event, suggesting Kanye had finally completed the recording process and was satisfied with the product.

Kanye’s Yeezy Tech brand also teamed up with electronics manufacturer Kano on the Donda Stem Player—a $200 device that will allow fans to customize the album’s songs. Some of the features include control over the vocals, bass, and samples, as well as a the option to add a range of audio effects.

The Donda Stem player is available for preorder here, and is expected to ship sometime “this summer”