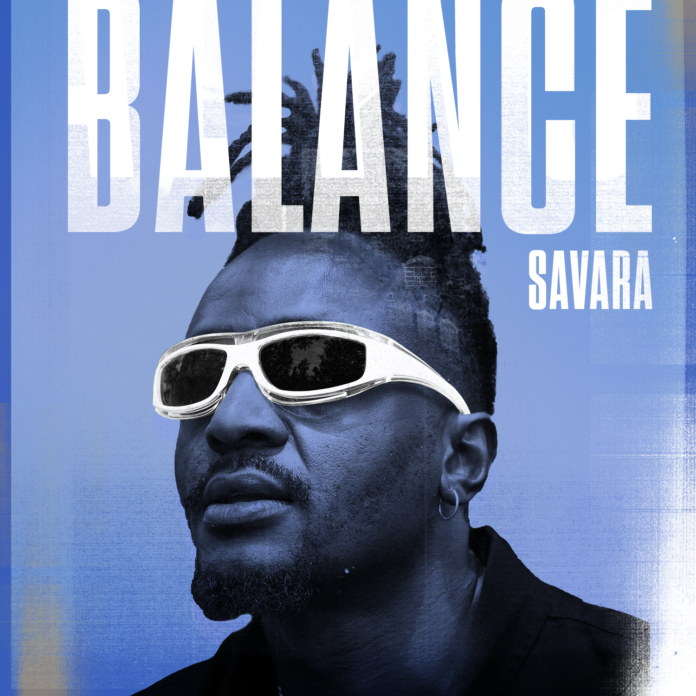 In the new release, Savara fuses Trap beats with Rhumba vibes, giving off a balance and a hip sophisticated global sound with a simple message; “for everything to exist peacefully there’s always need to strike a balance.” Savara adds, “I have always been more than just a one-sound-artist. I believe expression takes different life forms.”

Savara says about his debut release, “Balance ensures that there’s existence of matter. I like banging beats and just love how simple this sound is. I’ve spent quality time with myself working on striking a balance in all forms and this song is a reflection of that,” adding, “We should all have balance. I like to have a balance of everything. For instance, in terms of my diet I have been vegan, pescetarian and even flexitarian and I discovered that sometimes striving for extreme ends can be boring.”

The music video’s cinematic visuals play out Savara’s different characters in his natural settings. It depicts Savara’s state of mind and the various elements that make up the all rounded artist, multi-instrumentalist and individual he is, when he gets down to making art and running his business.

Just like Savara’s flexible style, always going with the flow and the vibes of the moment – so is the concept and feel of his upcoming 14-track body of work.

He’s taken his time to curate and lead the production of all his songs into the finest of detail, getting help and collaborating on some tracks with his fellow producers: Fancy Fingers, DTX, Mutoria, Ray Ranking, Hendrix Sam and So fresh. Sauti Sol member Bien-Aime and Sol Generation writers: Bensoul, Nviiri The Storyteller and Don Ngatia are among songwriters in ‘Savage Level’.

Savara is one of Africa’s most talented artists, also celebrated as one of the geniuses in production and songwriting behind Sauti Sol’s hit records, which has brought the band international repute in their career. Even though Savara’s upcoming album took about a year to conceptualize and produce, he says it has unconsciously taken years to fruition. He expounds, “Over the past 10 years I have spent time with my band, traveling the world, touring, meeting other artists, especially from Africa and listening to various music and sounds. All this combined with my personal life experiences and relationships has inspired and led to my debut album.”

‘Savage Level’ is about unlocking the best version of yourself. It’s Savara’s philosophy and way of life. He says, “It’s a global sound and a tribe with various layers to it.” Fans should expect what Savara terms as ‘Afro-Confusion’ – different sonic levels packaged in a beautiful rhythmic way, complete with behind-the-scenes content of the making of the album. Album songs will cut across themes including love, awakening, consciousness, anxiety, growth and excellence at all costs – savagery.

Savara sums it up, “There are many levels to this life and you must be at a position to grow and unlock each level. Some have been lucky to do so because they are aware of themselves and their potential while some don’t unlock their levels because of lack of awareness. In the end, those who tap into their Savage Level are able to unleash their savagery to elevate themselves to their full potential.”