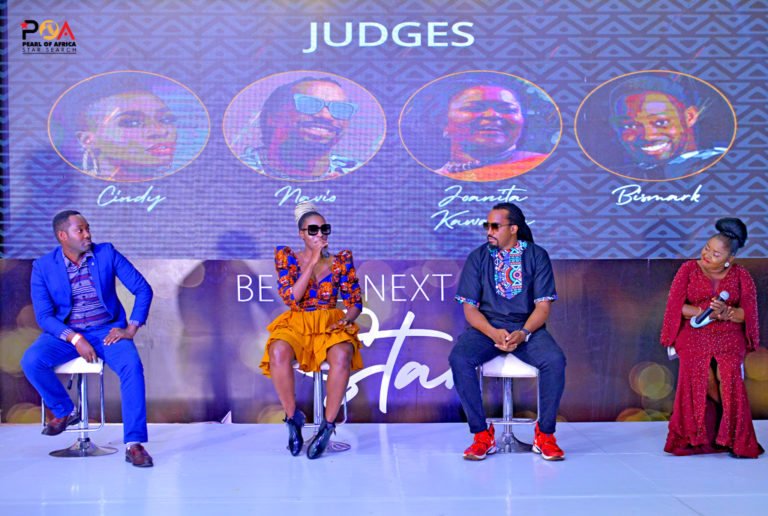 Over the years, music contests have come and gone. Some have left lasting impressions while others have had nothing to write home about. This makes the Pearl of Africa Star different thanks to the tourism spike.

At a launch event held at Kingdom Kampala as managed and organized by Talent Africa with an aim of focusing on promoting musical talent that advances values of cultural development, national pride and exposing the beauty of the destination, Uganda, the Pearl Of Africa Star Search was officially launched.

This search is aimed at finding the Pearl of Africa musician and tourism ambassador whose musical talent will help to advance values of cultural development, national pride and exposing the beauty of the country.

While speaking at the launch, Talent Africa’s CEO Aly Alibhai said that interested parties can send a 2minute audition video to the POA Star social media platforms. 16 of the best contestants will be selected from four regional music retreats and tourism challenges.

“The retreat will determine the top 12 finalists that will then proceed to the boot camp where they will receive tourism and music training. Finally, the selected 12 will take part in the elimination shows,” he added.

The exciting POA Star Search is a TV show concept that that will have popularly Ugandan artists and tourism experts featuring as judges and jury will run from the 9th of April to the 17th of July 2021. The audience can follow all the excitement through a reality TV show that will air on NBS TV, Sanyuka TV and online via the POA Star social media platforms.

How to Participate in the Pearl of Africa Star Search:

The show will commence by participants sending in their 2-minute audition videos online; sixteen (16) of the best acts will selected for the four (4) regional music retreats & tourism challenges.

The retreat will determine the top 12 finalists that will then proceed to the boot camp where they will be thoroughly trained about music and Ugandan tourism.

Finally, the selected top 12 will take part in the elimination shows. The shows will have popularly known Ugandan artists and tourism experts that will feature as judges and jury.

“I AM HONORED TO BE ONE OF THE JUDGES AND I AM VERY EXCITED TO START THIS JOURNEY WITH TALENT AFRICA GROUP. WE ARE LOOKING FORWARD TO HELPING IN MOBILIZING THE SINGERS FOR THIS GREAT OPPORTUNITY,” SAID CINDY LAST FRIDAY EVENING DURING THE LAUNCH OF THE PEARL OF AFRICA STAR SEARCH AT KINGDOM KAMPALA.

Cindy’s statement is a reflection of her musical journey as she was scouted from two talent searches over fifteen years ago.
In 2003, Kefah Mwesigwa was crowned the Capital FM Real Stars winner beating Cinderella Sanyu, Dorothy Bukirwa and Sarah Zawedde among others. A year later, Cindy, as she’s commonly known was among the participants in the Coca Cola Pop-Stars that gave birth to Blu *3, one of Uganda’s most successful girl bands.

Years later, Cindy has established herself as one of Uganda’s biggest music stars. Very many winners have still gone into oblivion before they could even make a mark. This makes Cindy instrumental in the Pearl of Africa (POA) Star Search, a contest designed to identify and promote Uganda’s fresh musical talent. This campaign will give new talent an opportunity to showcase on a national platform.

Besides Cindy, other judges include Navio, Bismark Amumpaire and Joanita Kawalya while the jury is made up of personalities such as Eddy Kenzo, UTB CEO Lilly Ajarova, Amos Wekesa, Abbey Mukiibi, Moses Matovu, Ykee Benda, Lydia Jasmine, Lillian Mbabazi, Levixone, Pallaso, Suzan Kerunen and others who will make an appearance on each elimination show to cast a vote.

POA star Search will also include performances from Ugandan artists as well as mentorship and panel sessions on topics around discovering Uganda’s culture and tourism through music.

Over the years, there have been different talent search shows such as Tusker Project Fame, Airtel Trace Star, Rated Next and Penda Uganda among others. Much as some talents such as Kenneth Mugabi, Winnie Nwagi, Naava Grey and Esther Nabasa have been produced by such shows.

Diamond Platnumz, Burnaboy And Other African Acts To Perform At Native Festival In Mexico Event