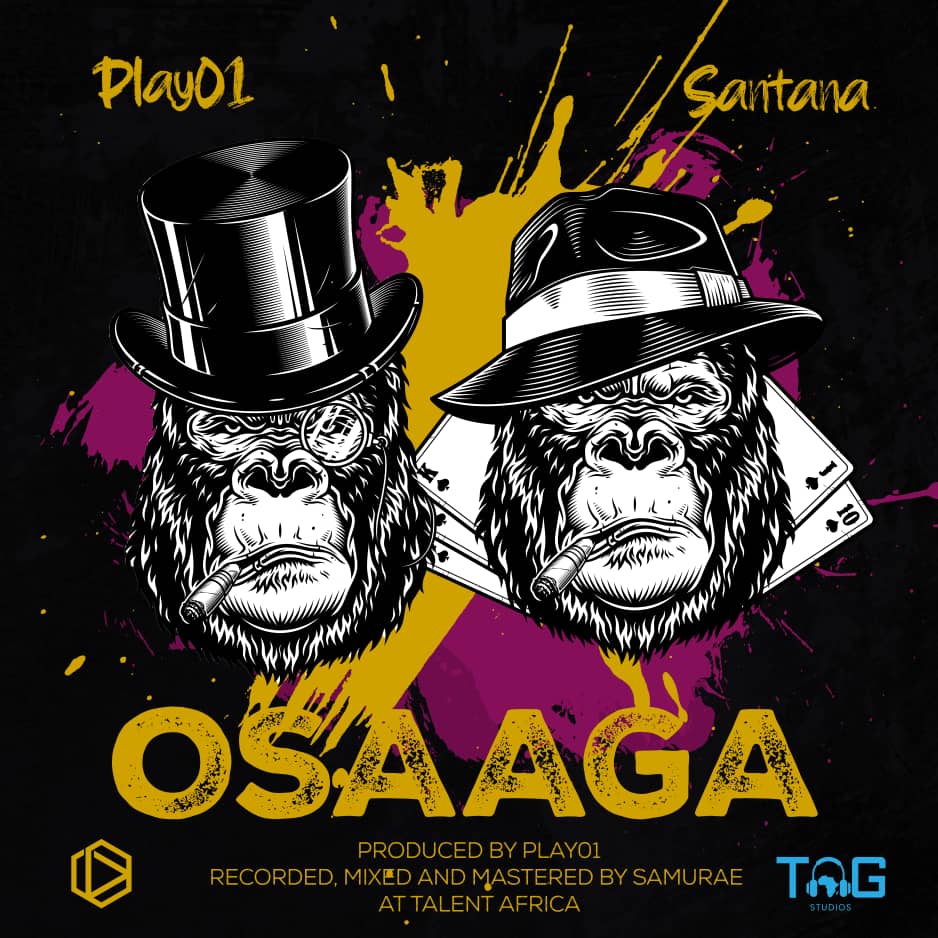 Torch songs convey everything from the illicit joy shared during happy moments to the deep-seated events around or anguish of being a “joker”. With the capacious “Osaaga,” Play01 has finally dropped a hit joining the venerable company of these other artists who’ve explored the many facets of a joking person or situation.

“Osaaga” literally means you’re joking is a new single dropped off the A.U.R.A album. The song starts with a hard dropped beat and cock crow aligned in it. Proving once again that he is a true rap icon, Play01 graced us with yet another sensational track last Sunday. We also cannot even comprehend the talent of his counterpart, Santana Karma. Seriously…this young man is amazing! Santana equally matches Play01’s ferocity and flow perfectly and this track is fire.

It is known as a fact that Santana was the best choice artist to feature on this track. He fits into the beat well with his catchy and funny lines. One of his notables that caught me is when he said “Atalina Transport Oyo Nga olekayo e’ka…we don’t run a charity” . This proved to me that he still has more and that he has kept his game afloat. He mentioned Dr. Jose Chameleon somewhere in the song “Chamili yatufela mbu Shida Za Dunia..Ffe tukaba zzi beat nga tuli snear”

A massive track that builds into a hard year that was hit by the COVID Pandemic, it’s the first single from theA.U.R.A forthcoming album. Santana Karma is known for hit songs like Byagezesa, Tompalampa, Katumba Oyee, Bomboclat among others. Watch out for this song next year as its going places and aking headlines that we shall not expect.

READY TO DEFEND OUR SOUND! Yese Oman Rafiki Is Out With 'Emirembe' Tune.

Song Review: Katera Afrika Does Wonders On "Yo Way"