MADE IN LAGOS: WizKid Released His Highly-Anticipated Music Album [REVIEW] 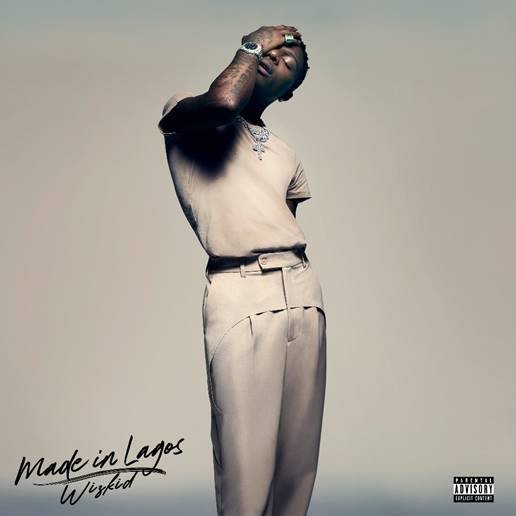 WizKid has released his new 14 track album Made in Lagos.

Nigerian pop star WizKid has long made captivating, addictive music. His first two albums – 2011’s ‘Superstar’ and 2014’s ‘Ayo’ – were underpinned by infectious melodies and anthemic choruses seesawing between Afrobeats, reggae, dancehall, hip-hop and R&B. This was further reiterated on the critically acclaimed and commercially successful 2017 album ‘Sounds From the Other Side’, released two years after he collaborated with Drake and Skepta on ‘Ojuelegba’ and a year after the release of that Drake collaboration ‘One Dance’.

This new record was due to be released earlier this month, but was delayed due to the #EndSars protests against police brutality in his home country. “Unity is key,” he said in a statement. “The youth of Nigeria need our collective voices to continue to shine a spotlight to what is happening inside the country… Together we move.” It’s a powerful statement: his rise had been stratospheric and he has long been due recognition as a global superstar.

This 14-track project features heavyweights such as Damian Marley, Skepta, American vocalist H.E.R, British soul singer Ella Mai and Nigerian Afrobeats hero Burna Boy . Yet these unfortunately appearances do little to elevate the project. Skepta adds his name to ‘Longtime’, but with lines such as “She says she lives her life like the movies / I said, ‘Come and teach me’ / I got the school fees”, seems uninspired.

On ‘Ginger’, which swings between Afrobeats and dancehall, even Burna Boy fails to make an impact – you many long for a heftier collaboration between the two megastars. Tracks such as the slinky ‘Piece of Me’ – which features British singer Ella Mai – and the languid ‘Gyrate’ find WizKid at his best: these are slow, R&B bangers ready for both dancefloors and bedrooms. WizKid’s back-and-forth with H.E.R on ‘Smile’ is made for sunny outdoor slow dances. The plaintive ‘No Stress’ and lithe dance tune ‘True Love’ follow that same pattern, the former an anthem for sleeping around and the latter for being committed to someone long-term.

The production on the album is mainly centred around Yoruba, Afro-Latin and Afrobeats percussion, which creates a sense of homecoming. Yet this latest project meanders for a few tracks too many; ‘Mighty Wine’ and ‘Essence’, for example, are expendable. While each of WizKid’s previous projects excited and shook listeners with energy, ‘Made In Lagos’ sadly lacks a certain panache, despite its author’s vitality.

Listen to the Album