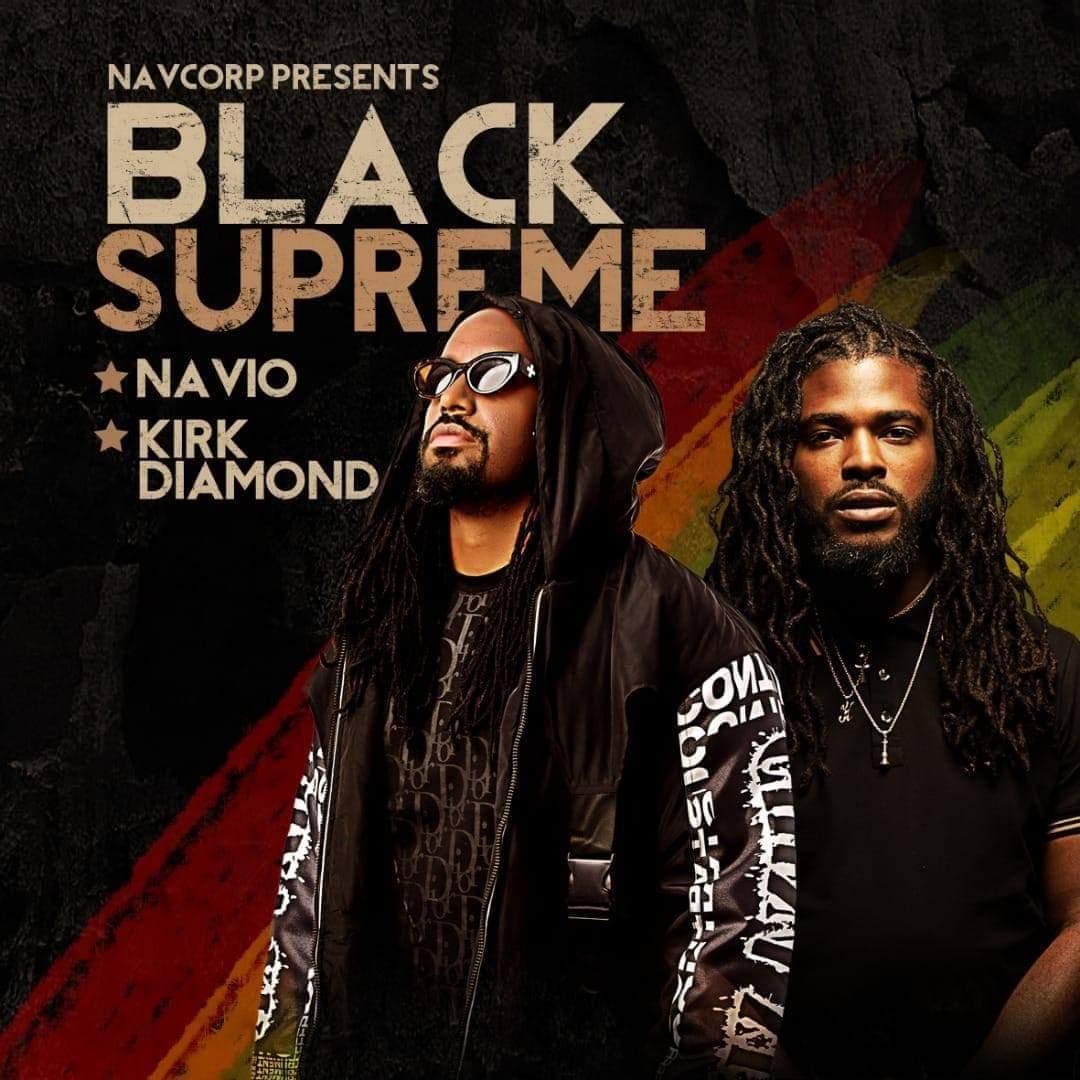 Few weeks after releasing his well-received inspiration reggae song ‘Let it be done’ that was inspired by the social unrest that the black community has been experiencing, the Canadian-based reggae singer Kirk Diamond who hopes to use his music to spread his message of love, unity, and hope to black people, is out with another black anthem tagged ‘Black Supreme’

On this urban sound tune with a unique musical flavour of blending the lyricism of Hip hop and melody of Reggae and Dancehall – Kirk Diamomd teams up with uganda’s finest hip hop act and Navcorp boss Navio as they preach black supremacy.

This piece that’s a combination of a catchy chorus and inspiring content all riding on a hard-hitting modern hip-hop rhythm, was excellently produced by one of uganda’s greatest sound engineer and producer Aethan Muzik

Originated in Spanish Town is Kirk Diamond  who migrated to Brampton, Ontario and has constructed his path based on the foundation of classic roots and pop music. In 2018, he won a Juno Award for his song “Greater” in the Reggae Recording of the Year category. He also released singles such as Born In Jamaica, I will and Give Thanks along with many more songs.

You can follow him on all Social media platforms

Jowy Landa On A 'Mission Impossible' On Her Latest Tune