Is Canary and Sasha’s marriage in balance? 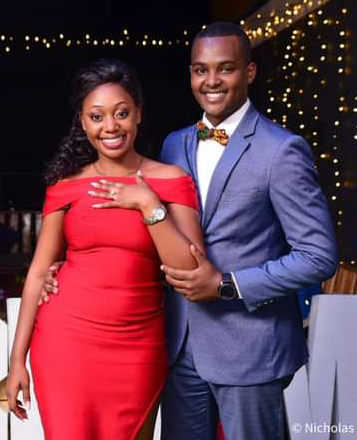 The relationship between Famous Journalist Canary Mugume and his fiancee Sasha Ferguson may not be at ease if the circulating rumours that Sasha cheat on Canary with a mzungu from Tanzania, are confirmed right.

According to a video circulating on some platforms, a white woman from Tanzania known as Shantal, alleges that Shasha had been sleeping with her husband known as Jim right from 2018. In the video, the mzungu woman says that she had Canary’s Sasha had been sharing intimacy with her man.

“I discovered about two weeks ago about their(Shasha and Jim) affaire after having suspicions because she was not the only one my man was going around with. Beginning of March, 2018, they were together, she was staying two to three kilometers away from this place but he was going almost every night to pick her from home. 90% of the times she was sleeping at his place. At that time, Jim was my fiancee though we were not staying together…When I asked Him about it, he told me almost everything…,”the Mzungu’s voice is heard.

She reveals that she called Sasha to ask her on whether she had slept with Jim but Sasha denied.

“When I called Sasha, she told me that she was not sleeping with my man but only used to come around his home because they were friends and that he had a swimming pool, but when I talked to Him, he told me the full truth of what had happened and why Sasha was lying to me,” the mzungu says.

This comes after Canary Mugume was introduced by his long time girlfriend Sasha a few days ago. This is however still a circulating rumour that is yet to be investigated.