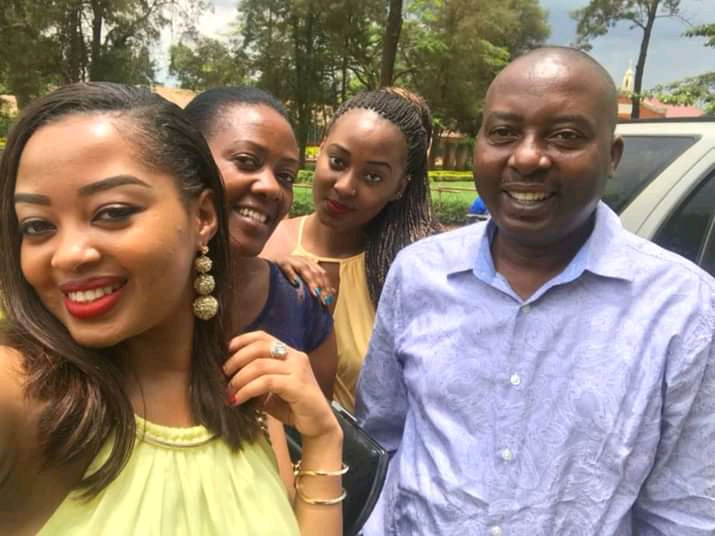 The old saying that goes,”the parent is a child’s god on earth ” is slowly being eaten up by the digital age. At the moment, a child can record a voicenote or can send a video insulting there parents and then chill around and boast civilization.

Well, popular city socialite and TV personality Anita Fabiola is one of those whose respect for her dad has been eaten up by the cellular technology. In an audio that has since circulated on social media, the pretty lady is heard abusing her father for having beaten up her brother.

The TV presenter called her dad a dog and told him that she wishes she wasn’t his daughter.

“Iwe mbawa we (you dog) you stupid coward omwana wawe wamutera (you have beaten your child) and put him in ICU, why are you so stupid, you are such an idiot mbwenu kuri nimbasa kukutanaka nkakutanaka (if I could vomit you, I would) you are so stupid, how did you even give birth to me, you are sh*t,” she says in the audio that is both in runyankore and English.

According to reports online, this was because her father beat up her brother beyond normal beating that he nearly died.

The audio has since raised dust on internet, others calling Fabiola a spoilt child and some of them blaming the father for having raised such a disrespectful daughter.