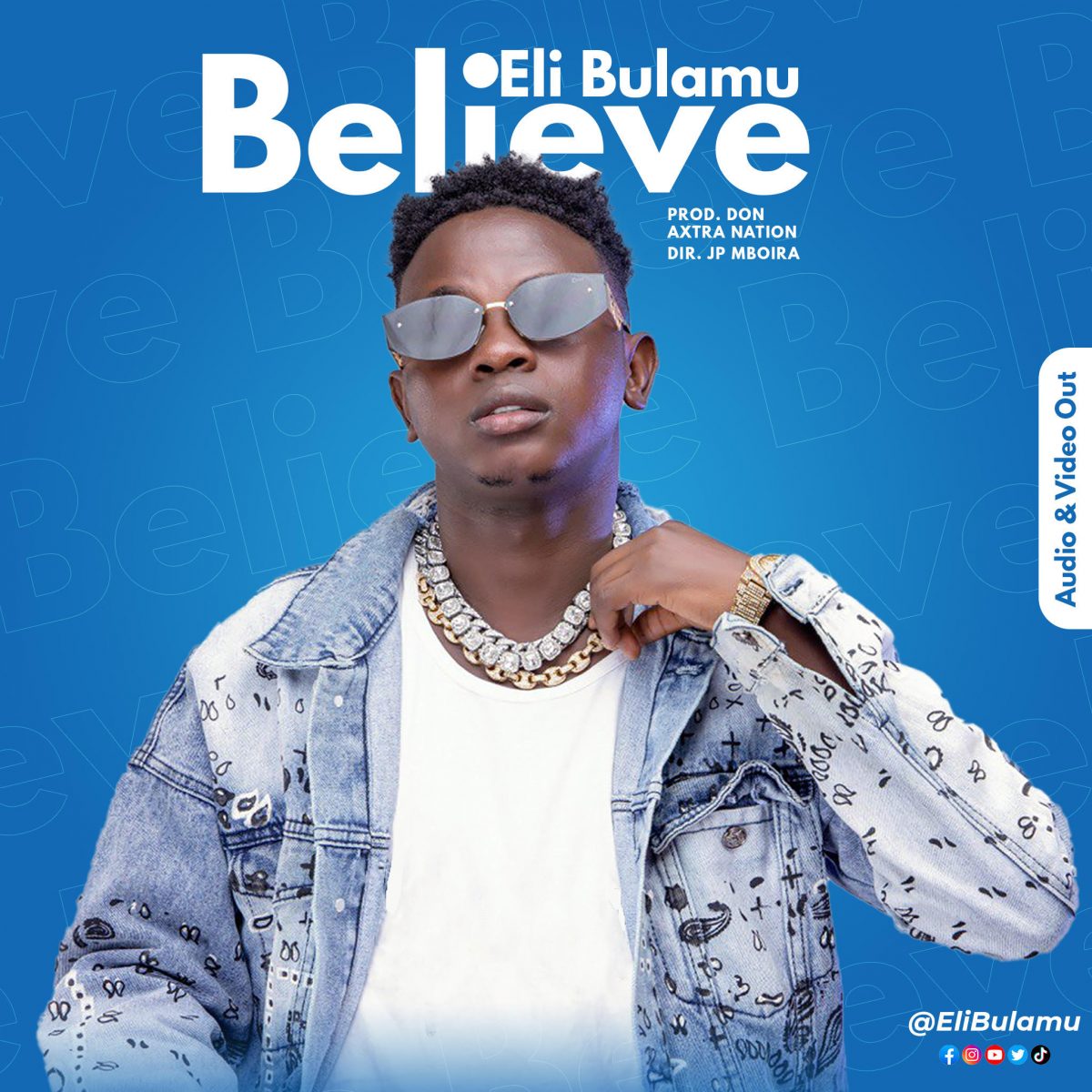 For the past years, Eli Bulamu has curved a niche as one of the best gospel pillars in the fraternity having continued to released songs that have change and touch many lives out there.

The gifted artist who gave us ‘Abisortinga’ few months ago, he readies April with another gospel inspiring tune tagged ‘Believe‘ – Which is an inspirational song that encourages us to keep keeping-on even when the odds are against us and in so doing, we finally make it through.

As tipped by Bulamu, this Producer Don produced song, is his real life story as by the grace of God, he was lifted from “nothing” to something thus giving a reason to be where its supposed to, in our hearts. This is the song which critics will rate high in respect to its production quality and spirit-filled feel.

To push it to a wider audience as to change lives, Eli released this piece with a colorful visual directed by JP. Mboira. The music video perfectly interprets the message as it displays Eli journey.

WHO IS ELI BULAMU

Eli Bulamu, real names Elijah Kasule Bulamu in his early 20s is an Urban Gospel Dancehall artiste from Uganda. He is a singer, song-writer and  instrumentalist. He’s been applauded for the energy he puts up on stage during his performances.

He won the VIGA -Breakthrough Artiste 2019 later being nominated in the Buzz Teeniez Awards for Best Gospel Song(Detergent) and the Royal Gospel Music Awards for best breakthrough artiste.

He has performed at several events including Levixone’s Turn the Replay concert for a filled Lugogo Cricket oval, the annual Beat Connect events, at Pastor Bugembe’s Worship house among others.

He staged his first concert in 2018 at the National Theatre, in 2021 He staged the second one: “Rebirth Online Experience” that was televised on BTM TV, U24 TV, and Tagy TV and his Youtube Channel. In April this year Eli Bulamu held his third successful concert at UCF Grounds Makerere that attracted a mammoth crowd and was graced by all top Gospel artistes.