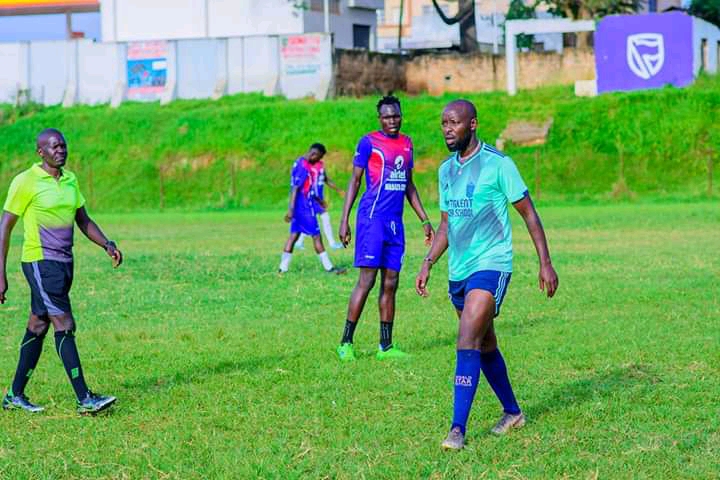 “Sitya Loss” was previously one of Eddy Kenzo’d most trending slogan and he is here practicing it. People thought that him being on the yellow side, he would be busy trying to call voters to the bus but it seems that he is not bothered at all.

Well, a few days ago, the “semyekozo” singer was busy jiggling, tackling and dribbling the ball with some youth. On his social media handles, the singer posted himself playing football and giving himself a break from the news scenes.

Eddy Kenzo was this boy whose mother sent to buy salt at the shop and the next thing you find him doing is playing football with his friends as his mother waited for the salt for hours in anger.

If he had a male child like Bebe Cool’s Alpha, he wouldn’t have missed on sending him to a prominent football academy for him to be well off and appear on a national errand.

We are hoping that his efforts will be of help to him and the youths he plays with.