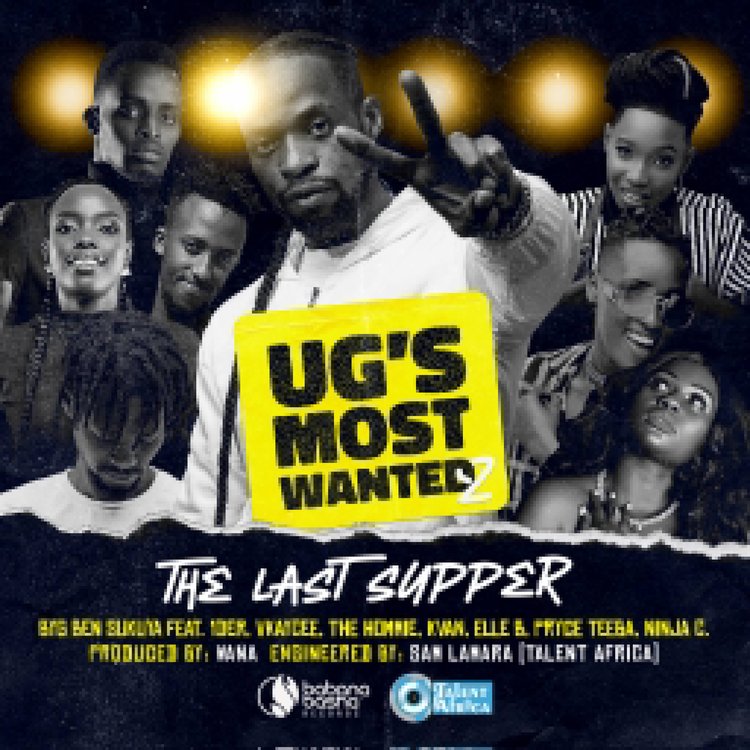 Mbale-based rapper Byg Ben Sukuya in conjunction with Talent Africa studios, together with a list of the crème de la crème of Ugandan emcees, worked on a new cypher called ‘UGs Most Wanted 2’, which is the latest in the series of cyphers that the rapper is doing.

This project, most aptly described as ‘The Last Supper’ is a chapter two of the last respective cypher and features rappers, male and female in a balanced check, going one after the other on the track – It is a representation of the vast languages and cultures embedded in Ugandans in general.

Draped with fashion, the video exhibition has the business-minded rapper, Arts, pay due to the game before he passes it to Vkay, a ‘lioness’ on the mic who lays the rhymes like rain while The Hommie, on the other side comes in succession, blends in with a clinical touch. The Home, a product of several major rap battles, embodies a style of lyrical agility and perfection. He has made significant strides since he achieved nationwide fame, thanks to his ‘talk to the Highest.

Elle Bero, a female rapper from West Nile, known for her flawless flow in Alur word styles, punctured with English, goes after. She flosses and glosses on her rhymes before she juggles it to Kvan, whose wonderful cocktail of funny metaphors and end rhymes, adds weight. Ntinda-based rapper, Pryce Teeba, bodies the beat in his signature classic way in lines like ‘rap game bw’eba ye race ndi Usain Bolt’. Teeba’s ‘murder ink pen’ is on point.

Ninja C, who comes next, adds fresh ink to the pen when she alludes to Teeba in her verse. Byg Ben takes on the mantle and raps like the Gishu he is, ‘sipping UG with a single in his hand’. He represents Uganda in language, and similes, which is the essence in which the whole project lies.

Released on 5th August, this song was produced by Wana and the video shot by Malgerus at Talent Africa.