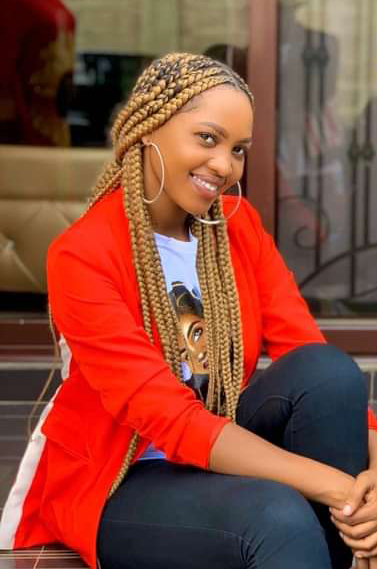 A few ahours ago, Singer Hajara Namukwaya put up a post that has since confused her fans on what exactly she meant with it.

She called upon fellow singer, Nince Henry, to act now because they had kept their issues in silence but she wants him and her to let it out of the bag for the public to know.

“ENOUGH ENOUGH, We have kept this in the dark for long and it’s painful. I have a family that needs to know. Even my fans would like to know where I stand in this regard Henry. Yes, Nince Henry. It’s time we come out. It’s now or never. I am tired. Byebyo,”she wrote on her Facebook page.

Stirring it up, she posted a photo of singer and song writer, Nince Henry to confirm the “Nince Henry” to whom she was addressing the post.

Most of her fans were left thinking of what exacting she was trying to put out. Some of them thought it was another usual stunt, as she has always staged them and others rushed to conclude that the two had been secret lovers.

“It’s not easy for celebrity to celebrity marriages to stay long. I wish u get a leaf from Rema, Vinka etc. Marrying someone who is not in the music industry can be of great advantage,” Ojoni Steven wrote.

It is not yet clear if she meant the tow have been secretly in love and need to pour it out to the world or there is another secret they have been hiding.

Others rushed to post a photo where Nince Henry was leaning romantically against Spice Diana’s head, some time back.

The two have had great releases this year. Spice Diana has released a number of them like Yes with Tanzania’s Mbosso, ready with Fik Fameica and many others. Nince Henry has also released some big songs this year including Love portion and ngenda gyali.