Revelers on internet shout at Lydia Jazmine’s photo with Grenade 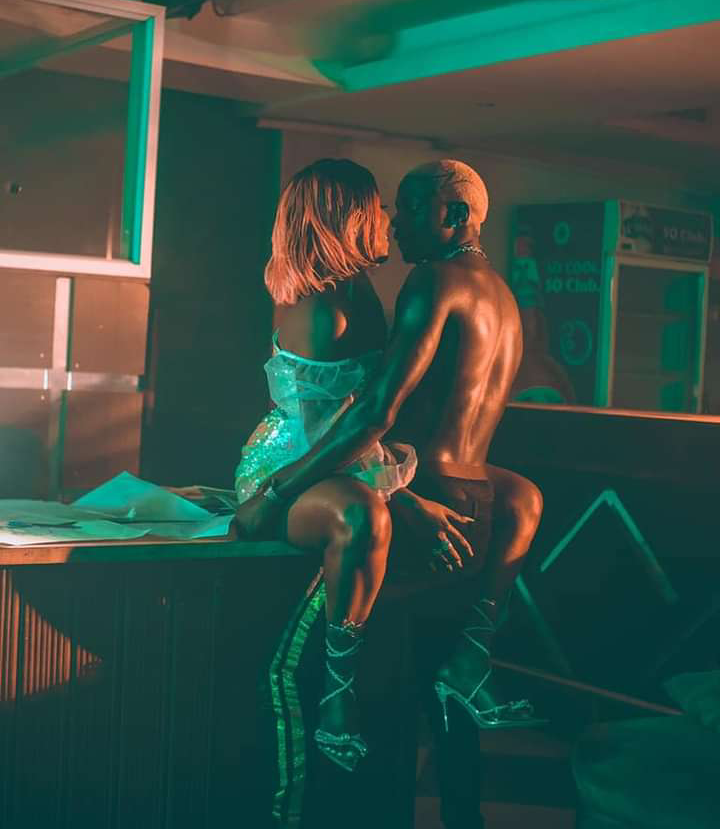 Celebrities around the world have got this new trick of sharing pictures that capture audiences to hook them into yearning for their video. This mostly works for artists with opposite sexes.

Well, afew hours ago, Lydia Jazmine shared a picture on her social media handles and it’s sending fans to Kandahar. In the photo, the bingi singer posses romantically with Grenade, one may think it all ended in the garden of Eden.

Fans can never sleep. Even at the darkest of hours, they will send in replies on such a scrotum-itching topic. At seeing the picture, they all went wild, thinking of how it ended. Even radio presenter, Prim Asiimwe gave in her word.

“Am sure Grenade doesn’t want the photo moment to end but it has to, aveewo bambi,” Prim Asiimwe wrote.

“Am sure Grenade by all forces of Tension & Kinetic energy, he pulled the ball over the bar. J cappuccinolised,”Talemwa Emmanuel replied to Asiimwe’s comment.

“This is the style that gave me my first born,” Sky Chaser commented.

“It’s better you open up a pornographic industry rather than mixing such acts with music,” Paul wrote.

“This is the style that forced me to sell my plot and end up going back to Fort,” Muhumuza Adolph wrote.

“Aloooooo, imagine, if I was the one between those thighs,” Gen Frank commented.

According to information coming in, the picture is one of the many that were taken during the video shoot of their new song dubbed feeling. Such pictures are used by singers to let audiences wait eagerly for the video. It was such that was used to hype Lydia Jazmine’s Binji with Fik Fameica.

Sama Sojah and Sheebah come together for "Njiira love" collabo