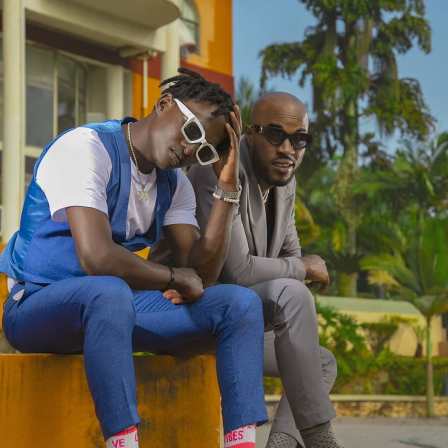 The latest audio titled “Oli Omu” talks about a guy who is crazy about a lady he loves. He wants her very much and she is the only thing he adores in this world.

The song was written by Hatim and Dokey, sensationally composed and produced by Vad Beats

Hatim and Dokey are one of the latest music duo group on the Ugandan music entertainment scene born and raised in Uganda.

Dokta Brain teamed up with Hatim to form the duo, both of whom are talented songwriters and vocalists who took an early interest in the arts.

The two make a good team, working on their first studio album “Vibes and Themes”.

They have so far released songs like; Kakodyo Ko, After Quarantine and Zavugidewa.

The duo is signed to a Ugandan based talent and events management powerhouse of the ‘Subwami Empire’ and are focused on releasing more of their fantastic dancehall and Afropop music style.

They are creating a diverse style of music in the country.

The Audio is available for streaming on All Digital Music Platforms.