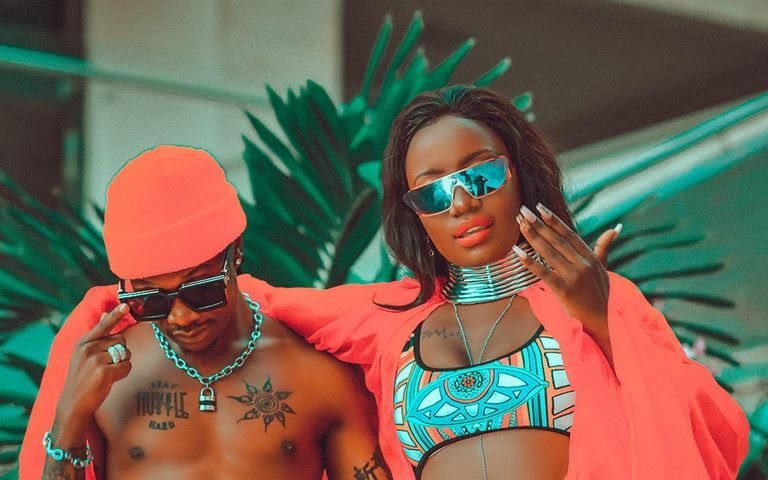 Uganda’s fastest-growing and award-winning rapper Fik Fameica and his said to be lover, Lydia Jazmine has finally released their much anticipated ‘Bingi’ visual.

Some few weeks ago, social media was stormed with claims that both artists were secretly dating, a claim that Jazmine vehemently denied as she opened up on her love life and dismissed rumors by revealing to us how she and Fik have only been working on a music project together that would premiere soon and that was ‘Bingi’. The video released 11 hours ago, created buzz online by fueling dating rumors with many of fans taking it as confirmation that they are together romantically after seeing them exchanging lips in one of scenes

Bingi which is translated as Much, is a love story piece with Lydia Jazmine exhibiting her versatility with that usual angelic vocals as Fik displays the unique style that has earned him a growing fanbase in the region. In the afro-Pop packed track, both artists speak of Loving each more, a line that may be confirms the past rumors.

The money Heist inspired music video, was shot and directed by award-winning videographer Sasha Vybz who perfectly gave it colorful scenes that will get you locked on it.