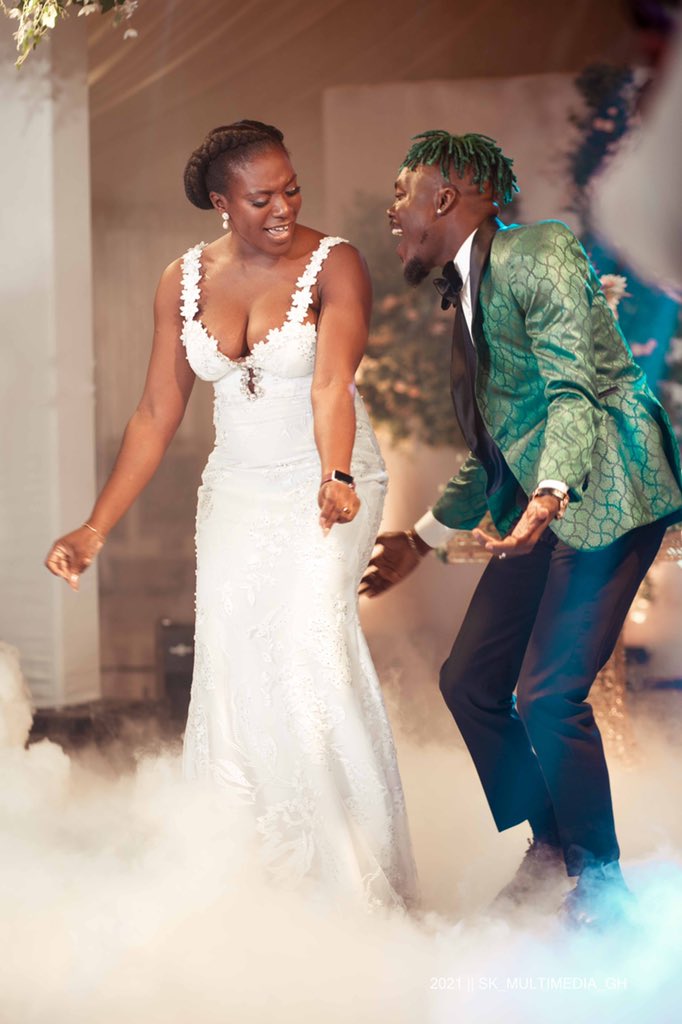 Ghanaian pop and afrobeats singer Camidoh released the official music video for his new single ‘Dance with You’, which is available on YouTube and all major streaming platforms. It’s a joyous affair for the Ghanaian musician in these Norbert Dadson directed wedding-inspired visuals which features rapper genius Kwesi Arthur.

Shot in Ghana, the visuals find a feeling-loved Camidoh on a dancefloor with his partner after the two were successfully united in marriage.

Since its release earlier this month, the self-produced single, which is Camidoh’s sophomore 2021 offer taken off his forthcoming album “L.I.T.A.”, has made a series of chart entries and garnered decent numbers on major digital stores. A heartwarming ballad with romance at its heart, ‘Dance with You’ sees Camidoh and Kwesi trade smooth vocals amidst a feelgood Afropop production.

“The inspiration behind ‘Dance with You’ stems from the idea of a man and woman both really liking each other, but the woman is holding back and the man feels as though she is playing hard to get,” Camidoh explains. “After years of this romance, eventually it blossoms and the pair get married.

Noted for his cloying vocals, transporting lyrics and majestic stage performance, Camidoh is among an outstanding crop of young innovators leading Ghana’s pop revival. Already amassing a number of 3Music Awards and Ghana Music Awards nominations, he is an artist firmly in the ascendancy.