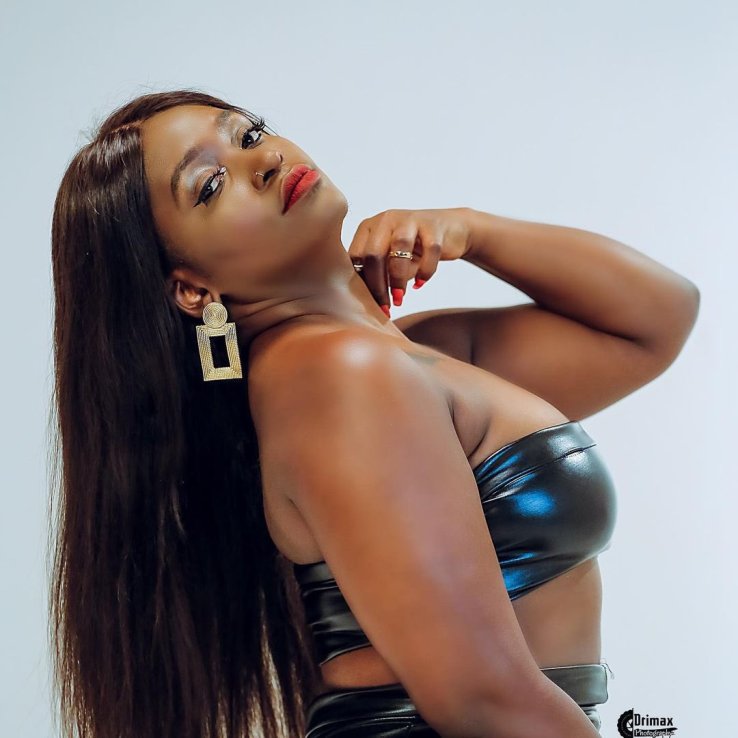 Swangz Avenue singer Winfred Nakanwagi alias Winnie Nwagi seriously considers the thought that she might have been the unlucky one in past relationships.

The Musawo singer recently revealed how she gave up on things concerning relationships after several trials of failing to find the right person to fall in love with. All those she has met only seem to waste her time.

She disclosed that as an artist, it is usually hard to settle down with someone in a relationship because at times the people they fall for only want to use and dump them.

Winnie Nwagi has hence found herself in lots of entanglements which at the start always seem like proper relationships.

She has lost hope in commitment and her interests right now are in enjoying her life and taking good care of her daughter and parents because she doesn’t want to be miserable by worrying about a man who will marry her.

“As an artist, it is really hard to settle down with someone in a relationship. For example someone like me Firebaby. When someone sees me on social media they think I can’t settle down and they also think I can’t take them seriously.

So, I find myself in entanglements. You can be in a relationship and then you’re in it alone and you don’t know. Maybe sometimes people come and just want to use you because of what you are or also show off.

Right now I lost hope in commitment and my interest right now is in enjoying my life and do whatever I feel like and I live life the way I want because it is short.

So if I spend my life worrying about who is going to marry men or who will take me, then I may end up while being miserable. So I just live my life and I don’t care if am in a relationship or not.

Relationships are not even that important to me now.

I’ve ever been in that situation of entanglements and yes, am so unlucky in love and am also tired of meeting new people in my life”, Said Winnie Nwagi

( A story by Solomon Mwesigwa )

DONE! Akon To Build Futuristic 'Akon City' In Uganda By 2036

Pallaso Teams Up With Ava Peace On New Love Tune